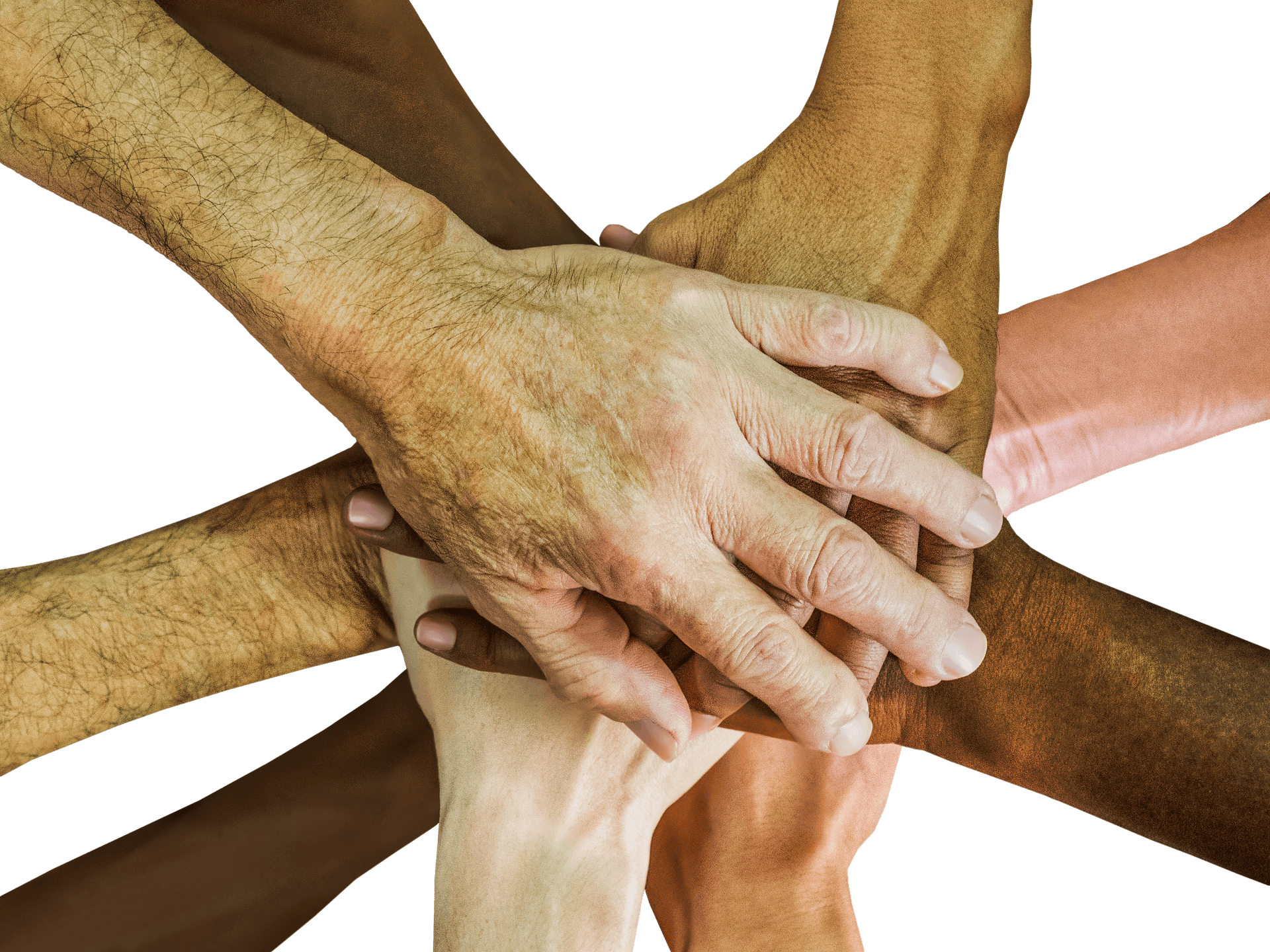 Democrat Kyrsten Sinema broke the glass ceiling when last week she became the first woman Arizona ever elected to the U.S. Senate. Come January, she’ll also be the first openly bisexual legislator to serve in Congress.

Kimberly Yee is the first woman of color in Arizona’s history elected to a major statewide office. At her victory speech on Nov. 6, Yee, who was elected state treasurer, said she was proud to be the first Chinese-American Republican woman voted into a statewide post anywhere in the United States.

Arizona’s legislative body will have firsts as well: Jennifer Longdon, a Democrat from District 24, is the first legislator who uses a wheelchair full-time, and Walter Blackman, from District 6, is the state’s first ever black Republican legislator.

The new legislative class in 2019 will have 29 people of color — three more than served in 2018. Of the 90 lawmakers, 35 are women and 11 of them are women of color. The number of minorities and women at the state legislature has held steady in recent years, and while it mostly isn’t in line with the Arizona’s demographics, the makeup and backgrounds of legislators is increasingly diverse.

Next year there will be five legislators of indigenous background for the first time, according to Sen. Jamescita Peshlakai, D-Cameron. Peshlakai and Reps.-elect Myron Tsosie and Arlando Taller of District 7 are Navajo, Sen.-elect Sally Ann Gonzales, D-Tucson, is from the Pascua Yaqui tribe and Rep.-elect Victoria Steele is Seneca, a nation from the East Coast.

Peshlakai said for her it’s important for Native people to be seen.

“There’s Native Americans everywhere. People don’t really see us because they often think we are maybe of a different minority group. They miss us because we are not wearing Native American clothing,” she said.

Peshlakai has served in the legislature for two terms.

“I’m constantly educating other legislators not to stereotype or put us all in one category,” Peshlakai said. “Yes, we are indigenous people, we are Native American here, but we are also Americans, we are educated, we have different careers.”

With five lawmakers of Native roots, although from just two of Arizona’s 21 tribes, Peshlakai hopes indigenous people around the state see them as an avenue to have a voice.

Compared to Arizona’s demographics, women and most minority groups will still be underrepresented when the legislature convenes in January.

Why it matters, or not

Blackman is a lifelong Republican and Army veteran, Longdon is a Democrat and advocate for the disability community, and both Raquel Terán, the newest representative from district 30 in Phoenix, and Alma Hernandez, from district 3 in southern Arizona, have years of progressive politics fieldwork behind them.

Terán, who led a civic engagement organization and has been a consistent voice countering anti-immigrant rhetoric, said she sees her place inside the state legislative chambers as one empowered by the stories of those communities she’s worked with.

“So many times, we’ve had people who are so-called progressives, but sometimes are silent in those places of power, or sometimes don’t show up,” Terán said. “I have a responsibility to be there. I’ve worked to hold elected officials accountable. Now, I’m expected to be accountable.”

Terán said she’s hopeful about joining the 60-member House of Representatives “to figure out how we work together, how we solve Arizona’s problems.”

Blackman shares a similar enthusiasm. He, like several candidates elected this year, hadn’t run for office before.

“A lot of people across the district want the same things in life: security in their homes, safe communities, good education, government that makes sense,” he said.

Blackman pointed to his district’s demographics — which is 1 percent African-American — when saying he was nominated by Republican voters in the August primary and was the top vote-getter in the November general election.

“I think we need to get past the color thing,” he said.

For his part, Rep. Tony Rivero, R-Peoria, who was re-elected to a third term, does think the Republican Party should be looking to recruit more Latinos to run for office.

“I hope that changes, and changes soon,” Rivero said, pointing to the numbers of Latino lawmakers in the minority party. In the 2019 session, nearly half of the 42 Democrats in the House and Senate – 19 in all – are Latino.

Rivero said that the most important thing is to have quality people run for office, and once elected that they represent everybody. But with Latinos accounting for a third of the state’s population, Arizona’s ruling party should have more Latino representatives, he said.

Of the 42 Democratic legislators, only five are white men. On the Republican side, 31 of the 48 GOP lawmakers are white men, roughly 65 percent.

There will be 26 Democratic people of color, along with three Republicans: Reps. Rivero, T.J. Shope and Blackman.

Arizona’s legislature has long been at or near the top in terms of the number of women lawmakers nationwide, though it has always been less than half of the legislature. Next year, there will be one fewer woman than in the 2018 legislature.

Next year’s legislative Republican leaders will all be white, and two of the top posts will be held by women: Sen. Karen Fann, R-Prescott, will be Senate president and Rep. Becky Nutt, R-Clifton, will be House majority whip. Democratic leadership will be made up of six people of color and four women — Sens. Peshlakai and Lisa Otondo will be co-whips; Sen. Lupe Contreras will be assistant leader; Rep. Charlene Fernandez will be leader; and Reps. Bolding and Athena Salman will be co-whips.

Running as a black Republican

The first African-American legislators in Arizona, Democrats Hayzel B. Daniels and Carl Sims, were elected in 1950.

This year, Blackman was the first black Republican ever sent to the legislature. He served in the Army for 21 years and, out of a desire to “continue to serve,” he decided to find a place in politics, he said.

His rural district stretches from Flagstaff to Payson. On the campaign trail, Blackman said he and his family faced verbal attacks and insults because he is a black Republican. During a parade and while door-knocking, he said he was called “all sorts of names,” including “race traitor” and “uppity N-word.”

It is Democrats, he said, who don’t embrace him and his family because he doesn’t “fit the mold” for a black politician.

“It was ongoing, inappropriate phrases that were directed to me from folks that claim to be a party of inclusion,” Blackman said.

Still, he said his first stint at running for office was a positive experience.

“It was a pleasure getting out,” Blackman said.

Longdon is a leader in the disability community and will represent a district that covers parts of central Phoenix and Scottsdale. She won a contested eight-person primary, beating incumbent Rep. Ken Clark, and got the most votes for the House contest in the general election.

“Voters put their faith in me and saw my ability, and not just my wheelchair,” Longdon said.

Longdon has used a wheelchair for 14 years after she was paralyzed by gunfire during a drive-by shooting. Longdon served on the Phoenix Mayor’s Commission on Disability Issues and is a former president of Arizonans for Gun Safety.

About 12 percent of Arizonans live with a disability. Longdon said this community needs to be considered too in policy discussions, like transportation, housing, employment and police use of force.

“Every other identity or community that we might talk about includes the disability community,” she said. “When you add the interest of disability to these other identifies, it has an impact. It’s one of those factors that we need to layer in when we are talking about everyone.”

Longdon said the legislature hasn’t had a strong voice, and at times has been hostile, for the disability community. Her goal is to connect, engage and elevate the voices and issues that matter to her district and community.

“Legislators do more than make laws, not everything has a legislative fix, but it doesn’t mean that the legislature can’t play a significant role in addressing an issue,” Longdon said.