Former city councilmembers Kate Gallego and Daniel Valenzuela will face each other in a runoff election for Phoenix mayor after Gallego took a massive lead but fell short of the majority she needed to win outright.

A runoff election for the mayor’s race is scheduled for March 12, where voters in districts 5 and 8 will also choose their representative. The new mayor will finish former Mayor Greg Stanton’s term, which ends in 2020. Moses Sanchez took third place with about 19 percent of the vote, while Nicholas Sarwark finished in last place with about 11 percent.

Gallego said Tuesday night she’s excited by her lead over Valenzuela. She won nearly 45 percent of the vote, putting her about 19 percentage points ahead of Valenzuela, but still short of the majority she needed to avoid a runoff election.

“Momentum is with us,” Gallego said. “Tomorrow is a workday again. We hope to win neighborhood by neighborhood, voter by voter.”

Valenzuela said a result that gets him to a runoff is what he was hoping for. He said he feels good about his chances.

“I’m excited about March 12,” he said. “Unlike November, March brings a less partisan time in our communities. We have 126 days to move this campaign forward.”

Gallego, who was first elected to the City Council in 2013, ran on economic development and transportation. She received several endorsements from progressive organizations, unions, and Arizona democrats.

On the campaign trail, Valenzuela said his priorities are economic growth and public safety. He was endorsed by public safety unions, Arizona democrats and business leaders. 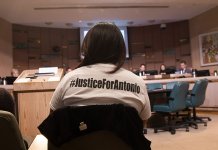 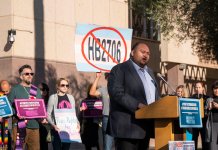 Rep. Hernandez: transgender sports ban is a ‘show me your genitals’ bill 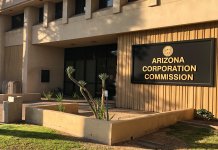