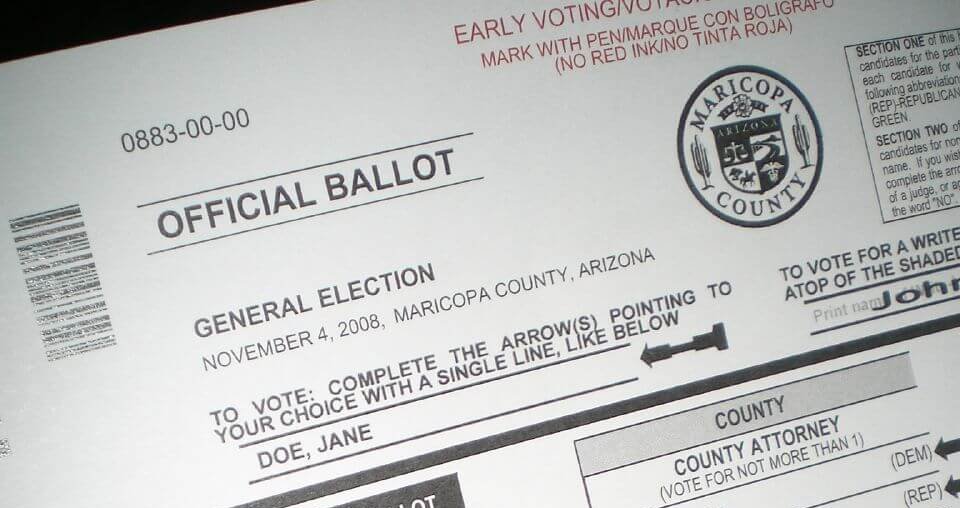 A coalition of civil rights and voting rights groups want Arizona elections officials to give voters a chance to correct the record before their early ballots are rejected over mismatched signatures, and may sue if new policies aren’t put in place for next month’s election.

When voters submit their early ballots by mail or at polling places, they must sign the envelope to affirm their identity. Elections officials then check those signatures against the signatures from voter registration records. If they believe a signature doesn’t match, they reject the ballot, and it isn’t counted.

The American Civil Liberties Union, League of United Latin American Citizens, League of Women Voters of Arizona and several other groups are asking Secretary of State Michele Reagan to instruct Arizona’s 15 county recorders to contact any voters whose ballot is rejected due to a mismatched signature and give them an opportunity to confirm that they had, in fact, signed the ballot.

While all counties will reach out to such voters earlier in the election cycle, only Pima County does so for ballots that are received on or near Election Day, the groups said in an Oct. 22 letter to Reagan and the county recorders.

“If we are not able to agree upon a reasonable solution for this matter, we will consider all appropriate legal action to protect voters’ ability to cast a ballot and have that ballot counted,” the letter said.

The groups said 2,657 early ballots were rejected in the 2016 general election because of mismatched signatures.

By failing to give voters the opportunity to affirm their identities before their ballots are rejected, elections officials are violating the Fourteenth Amendment by depriving them of their rights to due process and equal protection, and by placing an undue burden on their right to vote, the letter alleged.

“Every voter who turns in their mail-in ballot by the deadline of Election Day should be given notice and an opportunity to resolve a ‘mismatched’ signature issue before their ballot is rejected. (Reagan) must implement uniform standards that ensure these minimal procedures are adopted across the state in Arizona,” the letter read.

Each county has its own policies for determining whether a signature on an early ballot doesn’t match the signature on file for the voter who cast it. The secretary of state’s election procedures manual instructs county elections officials to “make a reasonable and meaningful effort” to contact voters if the signatures don’t match, but only “if time permits.”

Counties also have varying standards for determining whether a signature is mismatched, the groups noted. For example, some counties require employees to undergo handwriting analysis training, while others don’t. Some require at least three officials to affirm that a signature doesn’t match voter registration records, while some counties allow a single official to make that determination, the groups wrote. In their letter, the groups said laypersons lack the expertise to conduct a proper handwriting analysis.

Matt Roberts, a spokesman for the Secretary of State’s Office, said Reagan doesn’t believe she has the authority to order county recorders to contact voters about the signatures on their early ballots. Roberts said any change that creates a uniform policy on the issue will likely have to come from the courts.

Fontes said he likes the idea of contacting voters with signature issues on their early ballots,  but he said it’s a policy decision for the Legislature to make.

“As much as I like the idea here, I’m probably going to wait and defer to the secretary for an interpretation,” he said.

Chris Roads, the chief deputy at the Pima County Recorder’s Office, said the authority to contact voters about their early ballots already exists in state law, though it found that authority through a rather creative reading of the statute.

State law allows county elections officials to challenge ballots, including challenges to a voter’s identity. Essentially, Pima County views inquiries into a signature as a challenge to a ballot, even though officials are actually using the statute to affirm voters’ identities, Roads said. By law, elections officials have until 5 p.m. on the Monday after Election Day to resolve such challenges. Pima County has used this policy for about 15 years.

“We believe here that due process requires that we notify the voter,” Roads said.

The organizations that are seeking the policy change from the Secretary of State’s Office said rejected early ballots could tip the scales in close races, and pointed to the 2016 battle for the 5th Congressional District as an example. In the Republican primary for that race, which saw more than 200 early ballots rejected for either missing or mismatched signatures, Andy Biggs defeated Christine Jones by just 16 votes.

Though the Nov. 6 election is less than two weeks away, there is still time to win in the courts, at least if Georgia is any indication. A federal judge on Wednesday ordered Georgia Secretary of State Brian Kemp to stop rejecting absentee ballots over mismatched signatures before giving voters the opportunity to affirm their identities. The order was in response to a lawsuit that the ACLU filed against Kemp last week, arguing that it constitutes voter suppression to allow non-experts to reject ballots based on alleged signature mismatches without allowing the voters to weigh in. 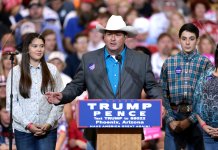