Three minors ran away from a shelter for migrant children operated by Southwest Key in Glendale on August 19.

One of the boys, who didn’t show up to his immigration hearing Friday, was ordered deported to Guatemala by U.S. immigration Judge Linda Spencer-Walters.

The boys were playing in a yard when they decided to jump over the lot barrier, and after Southwest Key staff looked in the area and couldn’t find them, they notified police, said Glendale Police Department spokeswoman Tiffany Smith.

Smith said there were no updates on their return. She said one of the minors is 17 years old, but did not know the ages of the other two boys.

“As a licensed child care center, if a child attempts to leave any of our facilities, we cannot restrain them. We are not a detention center,” Eller said. “We talk to them and try to get them to stay. If they leave the property, we call law enforcement.”

Eller wouldn’t  provide figures on how many minors have walked out of its shelters in Arizona and nationwide, saying Southwest Key is  prohibited from disclosing those numbers by a directive from the U.S Office of Refugee Resettlement, the federal agency that oversees its contracts to run migrant children shelters. The Los Angeles Times reported in June that since October 2017, 42 minors have walked away from Southwest Key shelters nationwide.

The U.S. Department of Health and Human Services, the umbrella agency of ORR, didn’t respond to an Arizona Mirror request for numbers on runaway migrant minors.

In July, a migrant teen fled a Southwest Key shelter in Tucson. The teen still hasn’t been found. A Tucson Police Department spokesperson said Friday there were no updates on that case.

The federal government is responsible for the custody and care of immigrant children with no lawful immigration status who have no parent or guardian available to take care and custody of them.

The migrant minors are often housed in shelters until a family member or eligible sponsor passes background checks and other requirements. Whoever has custody of the migrant child is responsible for assuring they show up to immigration proceedings or scheduled check-ins with U.S. Immigration and Customs Enforcement.

A U.S. Department of Homeland Security prosecutor said at Friday’s immigration hearing that if the runaway migrant minor is found, he will be “brought to ICE custody for placement with ORR.”

Smith, the Glendale police spokeswoman, said it’s common for the department to respond to runaway reports from group homes. But when migrant minors leave their controlled environment, it means they’ll most likely lose a chance at legal immigration status. If they miss an immigration hearing, deportation is almost guaranteed and it generally results in a 10-year ban from entry into the U.S., or even longer in some cases.

“The worst that can happen to someone is to have an in absentia deportation,” said Yasser Sanchez, an immigration lawyer in Mesa. “If you don’t show up to a hearing and judge orders you removed, that’s it. You don’t have a second chance.”

Sanchez said the cases of minors who run away from migrant shelters underscore the vulnerability of those children, who are often under a tremendous amount of stress.

“They come here by themselves, running away from the horrors (in their countries). They make that trip, get here, are victimized at the border by cartels, and they don’t have legal representation, they don’t have anyone at their side,” Sanchez said. “They have very little control of what’s going on. I can’t put myself in their place because I can’t imagine living through that.”

Southwest Key has the capacity to hold nearly 5,600 migrant children in Arizona, Texas, and California, Eller said. The company has 13 facilities in the Phoenix metro area, located in Phoenix, Glendale, Mesa, Peoria, Tucson and Youngtown.

The organization was in the national spotlight this summer due to news coverage of migrant children who were forcibly separated from their parents under the zero-tolerance practice of prosecuting migrants at the border, many who traveled to the U.S. to seek asylum.

In Arizona, scrutiny of Southwest Key led to several media reports on a history of sexual abuse and misconduct at its shelters.

An Arizona Republic investigation found a Tucson worker, Oscar Trujillo, was convicted of a class 5 felony sexual abuse after a complaint documented he went into a 15-year-old boy’s room and rubbed his genitals in 2015. Police found that another employee in 2017 said, “How delicious,” to a girl after she exited the shower and danced provocatively around girls in a Glendale facility, according to The Republic.

On Sept. 7, Levian Pacheco was convicted of abusing seven teenage boys at a Southwest Key facility in Mesa.

In August, Gov. Doug Ducey ordered inspections at all Southwest Key shelters. The Arizona Department of Health Services found several deficiencies in the company’s employee records, and noted a lack of required bedroom doors and privacy curtains in many locations, among other findings. Southwest Key was also required to submit evidence to the state by mid-September that all of its employees had current fingerprint clearance cards and met minimum training requirements, as required by state law.

Southwest Key failed to meet the deadline, and later provided ADHS with records that agency Director Cara Christ deemed “useless.” In a strongly-worded letter Christ informed Southwest Key CEO Juan Sanchez that Arizona will move to revoke all of the company’s 13 licenses.

“Southwest Key’s lack of ability to deliver a simple report on the critical protections these children have against dangerous felons demonstrate an utter disregard for Arizona law, the mutual agreement with the Department, and calls into question the privilege you enjoy operating a healthcare institution in the state of Arizona,” Christ said. “The record is clear, Southwest Key has failed in the past with providing appropriate background checks of employees and this report indicates an astonishingly flippant attitude in your organization’s response to the Department’s grave concerns.”

Since that Sept. 19 letter, Southwest Key submitted reports to ADHS verifying that adequate background checks were conducted, the agency said.

The license revocation process is ongoing before the Arizona Office of Administrative Hearings, and a settlement conference is scheduled October 9th between ADHS and Southwest Key, ADHS said.

The Texas Tribune reported Monday that Southwest Key has hired the country’s oldest child welfare organization, Child Welfare League of America, to review its screening and hiring practices in all of its 26 shelters. 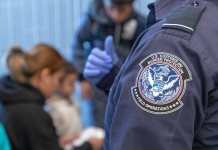 In border towns, asylum-seekers call on Biden for immediate action on crisis 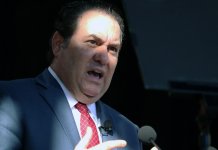