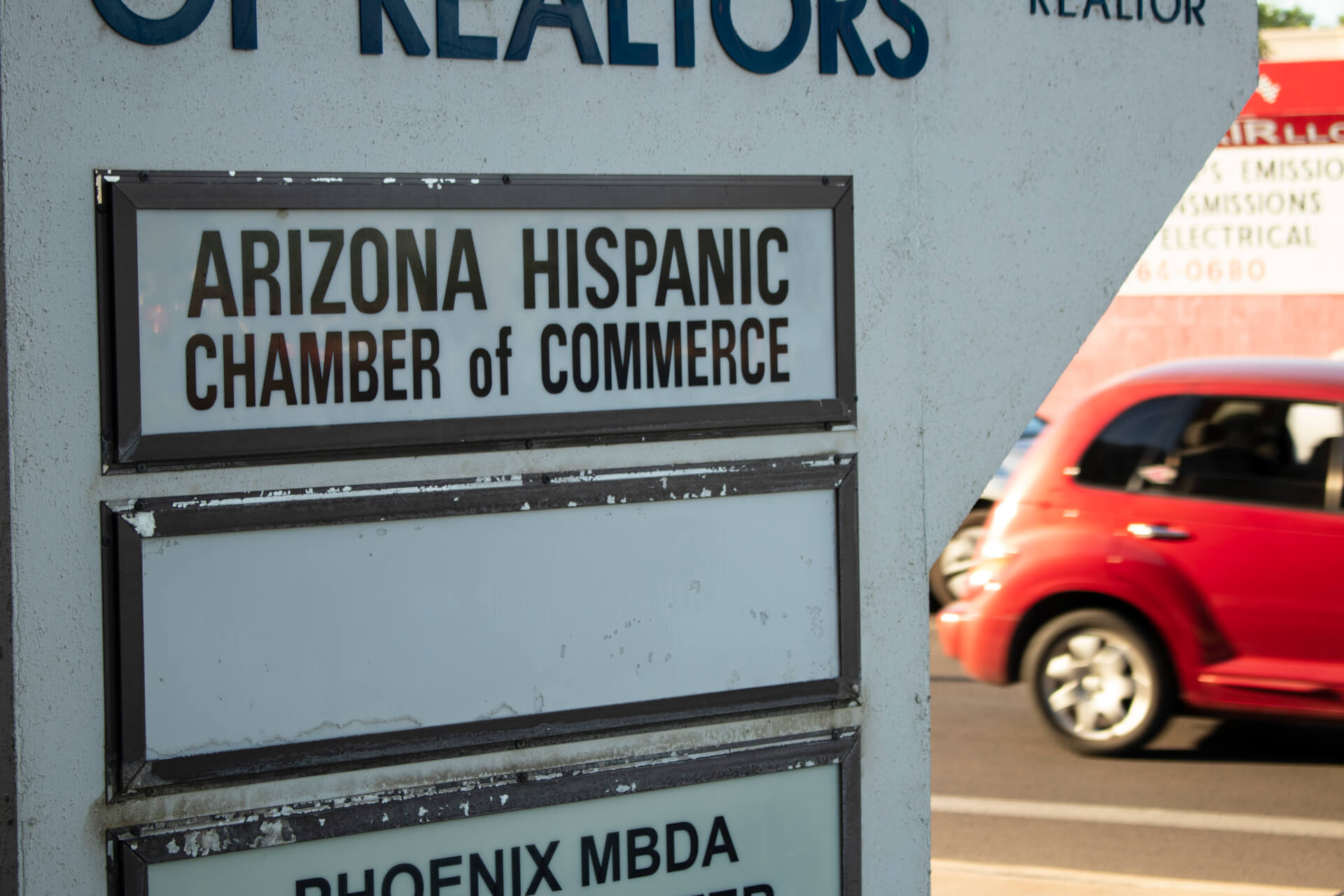 The Arizona Hispanic Chamber of Commerce enthusiastically made David Garcia its first ever endorsement in his 2014 bid for state schools superintendent, but it likely won’t be backing him this year as he challenges Gov. Doug Ducey.

De la Melena did not respond to requests for comment.

In 2014, AZHCC entered the world of electoral politics with its endorsement of Garcia, a Democrat who was running against Republican Diane Douglas for superintendent of public instruction. The next year the AZHCC created its PAC, and, in 2016, it endorsed Paul Penzone and several legislative candidates.

“It seems like there’s a bit of the split with our (board) members around that,” Urias said.

She said neither Garcia nor Ducey can muster the supermajority support of AZHCC’s board of directors to win an endorsement.

A recent AARP and Univision poll also shows that, although Garcia has strong support among Latinos in Arizona, nearly one in four Latino voters say they support Ducey.

The poll of 500 likely Latino voters over the age of 50 in Arizona found that 67 percent of them  would vote for Garcia, 23 percent would vote for Ducey and the remaining 10 percent were undecided. The poll was conducted between Aug. 29 and Sept. 9 and has a +/- 4 percentage point margin of error.

An Arizona Mirror review of campaign contributions shows that Arizona Hispanic Chamber of Commerce board members have donated a combined $3,600 to Ducey and $7,338 to Garcia.

Attorney Danny Ortega, secretary of the chamber’s executive committee, made the largest contribution, $5,000 to Garcia.

Five other members of the chamber’s 10-person executive committee contributed to Garcia’s campaign.

AZHCC president de la Melena, board Chairman Bill Barquin and Urias each contributed $500 to Garcia. Leonardo Loo and Lorenzo Sierra, other members of the executive committee, gave $200 and $113 to Garcia’s campaign, respectively.

Two other board members have also given to Garcia. Lorena Valencia has contributed $500 and Marisa Benincasa chipped in $25.

Hensley Beverage Company executive Douglas Yonko, the immediate past chair of AZHCC’s board of directors, contributed $2,500 to Ducey.

AZHCC board members Bettina Nava, Luis Ramirez and Stephen Macias also contributed to Ducey’s campaign. Macias and Nava each gave $500 in 2017, and Ramirez gave $100 in July.

Urias said while there was “no doubt” among AZHCC board members that Garcia was the right person for the superintendent of public instruction post in 2014, some board members have voiced uncertainty about his plans for economic development, water, transportation and health care.

Garcia’s wife, Lori Higuera, is also a chamber board member.