At no point in our nation’s history has an independent and free press been unimportant, but the necessity of the Fourth Estate has perhaps never been more starkly apparent at any point in the post-Nixon world. In this critical time brimming with fake news and alternative facts, where the truth is seemingly up for debate and in which the most powerful man in the world attacks the free press as “the enemy of the people,”  journalistic pursuits are essential.

So, welcome to the Arizona Mirror, which steps into a shrinking media landscape in the Grand Canyon State with a simple, but daunting, mission: Amplify the voices of Arizonans whose stories are unheard; shine a light on the relationships between people, power and policy; and hold public officials to account.

We live in an age in which every official action the Arizona Legislature takes is broadcast live on the internet for anyone and everyone to see, and yet, thanks to the never-ending profits-over-product inertia that exists in the state’s corporate media entities, there are fewer eyeballs than ever on the moments that truly determine what happens in the public policy arena — moments that rarely happen in the open of a committee, but instead happen in a quiet conversation in a hallway or a lunch on the Capitol lawn or a dinner at a nearby restaurant. A larger media contingent means more prying questions, more independent observers and more risk for both the government official and the corporate entity seeking to sway public policy.

I started covering the Capitol in 2004, and the decline that had begun a decade earlier was just beginning to accelerate. The Phoenix Gazette, having been fully absorbed into the Arizona Republic, was shut down in 1997 and its Capitol reporters assigned elsewhere. The print press room in the Senate became less and less cramped as the East Valley Tribune slashed its newsroom staffing in the late 2000s, eliminating its legislative reporter, and then the Arizona Daily Star decided to rely entirely on the services of Howard Fischer instead of using his prodigious production to supplement what their Capitol reporter wrote.

The television stations had, at one time, staffed the Senate broadcast press room, but any full-time presence they had at the Capitol was a memory by the time I arrived. And as veteran radio reporters like KTAR’s Bob Scott and KFYI’s Bill Gruver retired, their stations opted not to post a reporter at the Capitol.

Even the Capitol Times, whose business model is undeniably unique from traditional media, was not immune to the desires of corporate management to wring as much as possible out of an overworked and underpaid staff while investing little back in the business. Corporate mismanagement, bankruptcy and receivership meant actual staffing cuts, coupled with savings-by-attrition.

All of which is to say that there are far fewer journalists keeping tabs on Arizona government and the elected officials who primarily drive policy decisions than there used to be. And those in power know it, and increasingly act like they have no fear of getting caught behaving unethically.

Enter the Mirror, which aims to cover the Capitol in a different way. For starters, we’re a nonprofit and are funded by foundations and readers, and every dollar we raise will serve to strengthen our operation. Our content will be free for readers, and our measure of success isn’t how big of a profit margin we achieve this quarter, but how much of an impact we have on educating Arizonans about their government and their leaders.

We want to tell the stories that aren’t being told and put a human face on the policies in place and those being considered. Too often, the focus of reporting on public policy is on the platitudes said in a committee or the political theories at play instead of on the people who will be most affected by those policies. 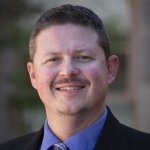 Editor-in-Chief Jim Small is a native Arizonan and has covered state government, policy and politics since 2004, with a focus on investigative and in-depth policy reporting, first as a reporter for the Arizona Capitol Times, then as editor of the paper and its prestigious sister publications, the Yellow Sheet Report and Arizona Legislative Report. Under his guidance, the Capitol Times won numerous state, regional and national awards for its accountability journalism and probing investigations into state government operations. Follow him on Twitter. 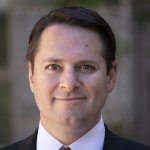 Associate Editor Jeremy Duda is a Phoenix native and began his career in journalism in 2003 after graduating from the University of Arizona. Prior to joining the Arizona Mirror, he worked at the Arizona Capitol Times, where he spent eight years covering the Governor’s Office and two years as editor of the Yellow Sheet Report. Before that, he wrote for the Hobbs News-Sun of Hobbs, NM, and the Daily Herald of Provo, Utah. Jeremy is also the author of the history book “If This Be Treason: the American Rogues and Rebels Who Walked the Line Between Dissent and Betrayal.” Follow him on Twitter. 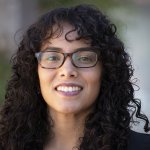 Reporter Laura Gómez Rodriguez covers state politics and immigration for the Arizona Mirror.  She worked for The Arizona Republic and La Voz Arizona for four years, covering city government, economic development, immigration, politics and trade. In 2017, Laura traveled the length of the U.S.-Mexico border for “The Wall,” the Pulitzer Prize-winning project produced by The Arizona Republic and USA Today Network. She was named Best Investigative Reporter by Phoenix Magazine in its 2018 newspaper category and has been honored by the Arizona Press Club for Spanish-language news and feature reporting. She is a native of Bogotá, Colombia and lived in Puerto Rico and Boston before moving to Phoenix in 2014. Catch her researching travel deals, feasting on mariscos or playing soccer. Follow her on Twitter. 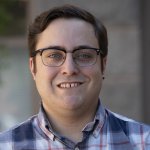 Reporter Jerod MacDonald-Evoy joins the Arizona Mirror from the Arizona Republic, where he spent 4 years covering everything from dark money in politics to Catholic priest sex scandals. Jerod has also won awards for his documentary films which have covered issues such as religious tolerance and surveillance technology used by police. He brings strong watchdog sensibilities and creative storytelling skills to the Arizona Mirror. Follow him on Twitter.